Killed at Gettysburg is an ongoing digital history project from the Civil War Institute at Gettysburg College, in collaboration with Gettysburg National Military Park, that began in the Spring of 2017. 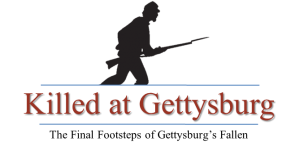 When the guns fell silent at Gettysburg on the afternoon of July 3, 1863, more than 51,000 soldiers lay killed, wounded, or captured. Over 7,000 of these men had lost their lives, or would ultimately expire from their wounds in the days and weeks following the battle. For generations, their feats of courage and remarkable endurance have captivated and inspired minds young and old. But, who were these men, why did they fight, what was their war-time experience like, and what happened to those whom they left behind at home? Furthermore, how have these soldiers’ individual and collective deaths been remembered and memorialized over time?

The Civil War Institute at Gettysburg College aims to address these key questions by bringing some of those individual soldiers’ stories to the fore through the Killed at Gettysburg digital history project. Researched and written by students of Gettysburg College, these soldier profiles address a cross-section of   soldiers killed or mortally wounded in the battle of Gettysburg whose lives—and deaths—speak to broader themes and questions about the Civil War era as a whole—soldier motivation, evolving political ideologies, military leadership, Civil War medicine, ethnicity, Victorian notions of death, religion, and gender, memory, and commemorative monumentation, to name a few. Students have culled through compiled service records, widows’ pensions, census records, period newspapers, and extensive secondary scholarship to gain insight into the experiences and worldviews of their specific soldier within the broader context of 19th-century politics, society, and culture.

Each soldier’s story unfolds in three parts: Section one explores the soldier’s community and home life on the eve of the war, as well as the soldier’s reasons for fighting. Part two explores the soldier’s wartime experiences leading up to July of 1863 and at the battle of Gettysburg itself. The third section chronicles the impacts of the soldier’s death upon his comrades, family, and community at home, as well as the enduring legacy and memory of his sacrifice as represented in the commemorative landscape of the Gettysburg battlefield. Viewers can also choose to trace each soldier’s final footsteps in battle by following his journey across the Gettysburg landscape through an interactive and interpretive StoryMap.

While the Killed at Gettysburg project reveals important similarities and trends among scores of Civil War soldiers, it also spotlights the individual humanity of each soldier who fought at Gettysburg, and highlights the promise of framing distinct soldier experiences and life stories within the broader context of Victorian America.  Featuring a wide swath of both northerners and southerners, rich and poor, volunteers and conscripts, enlisted men and officers, the Killed at Gettysburg project offers a more intimate window into the rich fabric of Civil War armies, the personalities of the more than 7,000 men who lost their lives at Gettysburg, the ripple effects of their deaths at home and across the nation, and the multiple ways in which both their individual and collective sacrifice has been remembered in the generations following the war.

Please select the “Follow a Soldier” link from the menu tab to peruse the soldiers featured in this project, or select “Home” to visit our project dashboard.

This project exists in large part through the assistance of numerous partners to whom we owe special thanks: First, to Carolyn Sautter, Amy Lucadamo, Catherine Perry, and the whole staff of Special Collections and College Archives at Musselman Library, Gettysburg College for access to their collections and recommendations for how to make the most of them. Brian Martin and History Associates provided indispensable advice during the planning process, as did Scott Nesbitt and Emily McGinn from the University of Georgia. Trevor Plante from the National Archives and Records Administration and John Heiser from Gettysburg National Military Park have also graciously assisted us with our research in their respective facilities. Thank you to all of our partners and friends, and to our readers for whom this project exists. We hope you enjoy reading about the soldiers featured in this project! 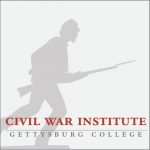 This work is licensed under a Creative Commons Attribution-NonCommercial 4.0 International License. This license applies only to soldier narratives and StoryMap content, not to photographs or images used here by permission. Please contact us at civilwar@gettysburg.edu with any questions.